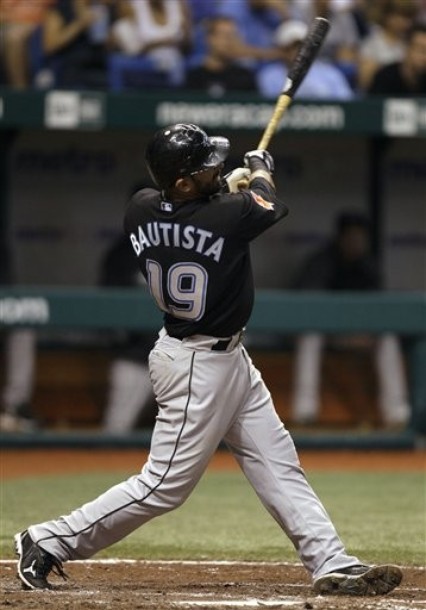 In general, counting stats are a pretty horrible way to evaluate players. But sometimes they come in handy, sometimes like when you’re voting on the Stan Musial Award (the Baseball Bloggers Alliance’s MVP award) and counting stats can help you justify your homer pick for the award.

And homer’s the right word there in more ways than one. (I’m sure you already know what’s going on here.)

If there’s one counting stat that’s not sucky when it comes to evaluating players, it’s home runs. If you’re going yard on a regular basis, you’re helping your team win. Period.

I do have a few other arguments in favour of my choice. They’re not bulletproof, but here they are:

• Most Valuable Player is not Most Outstanding Player, although you have to be pretty outstanding to win the award. To me, the MVP really should go to, among the group of the league’s top players, the player whose team would miss him the most if he were to go down for an extended period.

The Texas Rangers, without Josh Hamilton in the lineup, were still a very good team, going 19-10 sans Hamilton.

Jose Bautista played in 161 games this year. Sure the Jays won the one game he didn’t play in, but that’s hardly a reliable sample size.

• The ability to play multiple positions and do whatever you can to help your team win is incredibly valuable.

Josh Hamilton played left field and a bit of centre.

Jose Bautista played right field, third base, first base and threw in a bit of centre for good measure.

• WAR is a good way to measure players against each other.

Josh Hamilton turned in an 8.0 while Jose Bautista piled up a 6.9. BUT Bautista earned that playing in the AL East.

Now that you know my reasoning, here’s my ranked ballot for the AL Stan Musial Award: